Is Depth The Key For Toronto Maple Leafs?

This season’s success for the Maple Leafs will depend on the team’s ability to have equal four lines which can hold their own against the teams with shorter odds to win the Stanley Cup. With the season reaching the business end, the depth of the Maple Leafs is being stretched to the limit, but why is this?

The Maple Leafs remain one of the favourites within many NHL betting predictions, although you would be hard-pressed to find any bookmaker offering them as the favourites for the Stanley Cup. Due to the problems with their depth.

The Maple Leafs have been fortunate thus far, but injuries to Gardiner, Dermott and Kadri have hurt their form, and with it their chances of winning the Stanley Cup according to NHL betting predictions. Kadri’s concussion is a factor that the Leafs can take in the short-term, but they will hope it doesn’t remain the case. After all, they are strong through the middle with John Tavares and Auston Matthews. Since the injury to Kadri, William Nylander has filled his boots effortlessly, but it isn’t a long-term solution.

Kadri does bring the element of grit to the team which is needed for the Leafs.

However, the defence is a more pressing issue. Toronto doesn’t have the depth that is needed in the defensive areas. Even before losing Dermott and Gardiner the defence wasn’t a secure area for the Leafs. The addition of Jake Muzzin has helped both in terms of depth and toughness. However, Muzzil doesn’t help enough, and the problem remains. The issue of getting offence from the defence hasn’t been an issue so far this season. The main problem has been getting stuck in their own zone and presenting opportunities for the opponents to score. The Toronto Maple Leafs need to work on the transition of getting the puck out of the defensive zone. That doesn’t mean hitting the puck off the glass and presenting it back to the opponents.

The loss of Dermott and Gardiner could be damaging in a seven-game series, and that isn’t what the Leafs want, or need.

It’s common knowledge for hockey fans just the importance of having your first choice goaltender fit for the playoffs. Garret Sparks has an exceptional win-loss record for the franchise, but with a save percentage of .902, no fan would be comfortable if Frederik Andersen isn’t fit for a series. Even if Andersen is healthy, the Maple Leafs may want to play Sparks from time to time to ensure he is match fit and to give Andersen the rest. That’s if they buy into the theory that Andersen’s poor play in last year’s playoffs was down to fatigue. 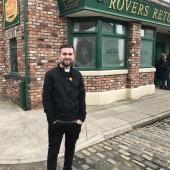